NORSAR has been conducting research, development and consulting within earthquake hazard and earthquake risk analysis since 1975.

By the year 2016, more than 185 earthquake hazard and risk-related projects have been conducted, including studies for nuclear and hydroelectric power plants, dams, tunnels, waste facilities, offshore platforms and pipelines, petrochemical facilities, as well as design, installation and operation of seismic monitoring networks, with associated earthquake hazard analyses. The studies have been conducted both in Norway and in numerous countries all over the world. 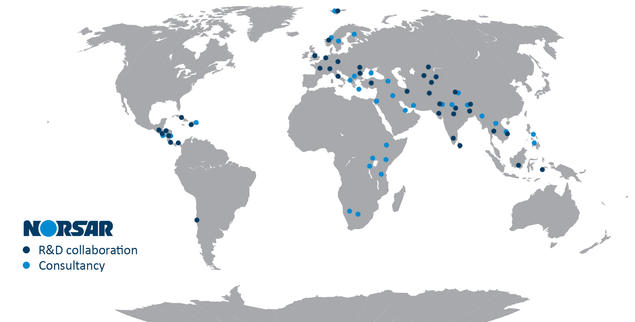 Map indicating the countries for which seismic hazard and risk-related studies have been conducted since 1975.

Seismic hazard studies predict the potential for ground shaking intensity from future earthquakes and thereby often establish one of the first steps in designing new structures. NORSAR provides services in computing seismic hazard and applies state-of-the-art procedures and software tools in conducting these types of studies to any part of the world compliant to national or international standards.

Seismic hazard studies can be provided on various levels of geographical resolution, whether for a single site or a large region. Depending on the construction sensitivity one will typically calculate hazard with low probabilities and detailed site investigations for site specific sensitive installations, while less detailed investigations may apply for regional studies. The type of analysis procedure adopted is normally deterministic or probabilistic, but can also be hybrid versions of these.

A seismic hazard study usually comprise the following steps (but with simplifications or more detailed studies depending on site conditions, data availability and not the least the importance/vulnerability of the construction):

The results of a seismic hazard study may take several forms: normally as maps, hazard curves  and response spectra, but sometimes expanded to include parameters for alternate spectral damping, strong motion duration relations and not the least delivery of acceleration time histories (synthesized or observed) that can be used in later dynamical analysis of a structure.

All earthquake hazard studies should be tailored to the demands of the final structure and the regulations that apply for such structures in the present national or international context. 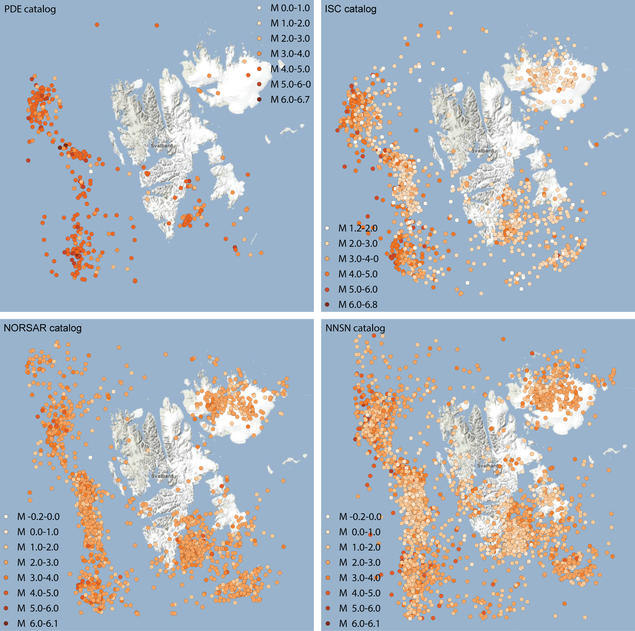 Example earthquake activity maps for the Svalbard area based on various earthquake catalogues.

Generally, NORSAR will deliver results in terms of peak ground accelerations (PGA), which is still favored in the engineering community. However, hazard estimates can also be provided for many alternative ground motion parameters such as spectral acceleration, velocity, or displacement. 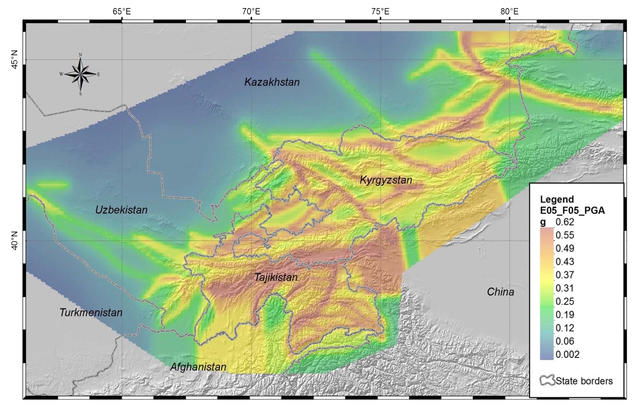