NORSAR has recorded another small seismic event in North Korea in the area where the underground test explosions have taken place in recent times.

The event on 12 October has a magnitude of 3.2 and is very similar to, but slightly smaller than, the previous small event which took place on 23 September.

The figure below shows waveforms from the underground nuclear test on 3 September and the following smaller events  recorded at station Mudanjiang (MDJ) in China, located at a distance of 370 km from the North Korean test site. 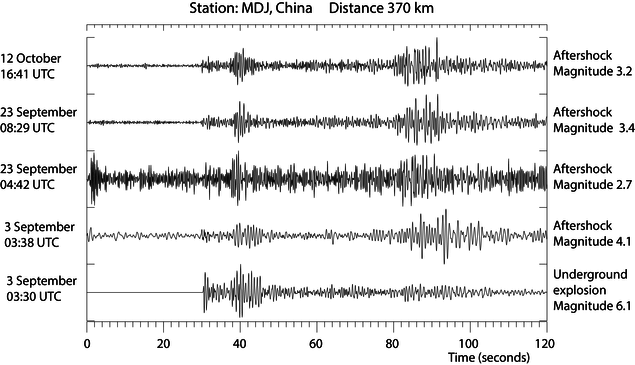