NORSAR has recorded another small seismic event in North Korea in the area where the underground test explosions have taken place in recent times.

The event on 9 December 2017 at 6:13 UTC has a magnitude of 3.3 and is thus very similar in magnitude to the previous small events which have taken place since 23 September.

Our analysis of the seismic signals indicates more similarity with signals generated by tectonic sources than with the signals generated by the declared nuclear explosions. Our assessment is thus that this is not likely to be another nuclear test, and that a likely explanation of the signals is an aftershock or rock failure resulting from the previous large underground nuclear test carried out on September 3, 2017.

The figure below shows waveforms from the underground nuclear test on 3 September and the following smaller events recorded at station Mudanjiang (MDJ) in China, located at a distance of 370 km from the North Korean test site.

NORSAR’s analysis of these seismic events will be presented at the annual conference of the American Geophysical Union, which will take place in New Orleans next week. 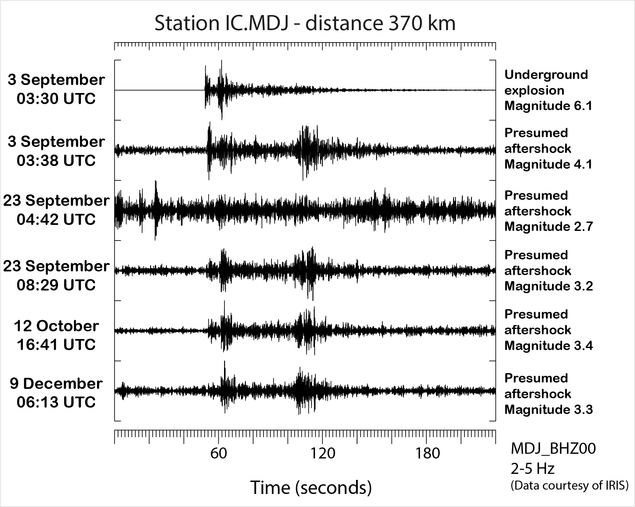