These are air-travelling waves created by man-made and natural sources and phenomena, having frequencies below those audible by the human ear.

Sources and phenomena producing infrasound include among others nuclear and large chemical explosions (the latter used, e. g., in mining operations), rocket launches and supersonic aircrafts. In the natural world volcanic eruptions, earthquakes, meteors and storms. The primary objective of infrasound monitoring in the CTBT context is to detect and locate atmospheric nuclear explosions. Underground nuclear explosions which generate sufficiently large displacements at the Earth’s surface can also be the source of infrasound waves propagating in the atmosphere.

The International Monitoring System (IMS) of the CTBT verification regime contains a global network of 60 infrasound stations, situated in 35 countries around the world. One of these stations (code IS37 in the IMS) is located at Bardufoss in the municipality of Målselv in the county Troms in northern Norway. The station was established in 2013 as a cooperative effort between NORSAR and the CTBTO (the Preparatory Commission for the Comprehensive Nuclear-Test-Ban Treaty Organization) and was certified the same year.

The station consists of 10 measurement points, each with one microbarometer of type MB2005 and an array of steel pipes placed on the ground. Noise from wind masks the infrasound waves of interest to CTBT monitoring and is suppressed by the application of such pipes. A Central Recording Facility (CRF) supplies all sites with electric power through buried copper cables. Intra-array communication uses fiber optic cables. Each of the 10 sites has a power and fiber cable to the CRF. Data from this station are transmitted continuously in real time to NORSAR at Kjeller and to the International Data Centre of the CTBTO in Vienna.

Data from infrasound monitoring stations can also be used for numerous civil and scientific applications, e.g., within weather and climate research, as demonstrated in other articles on this web site. 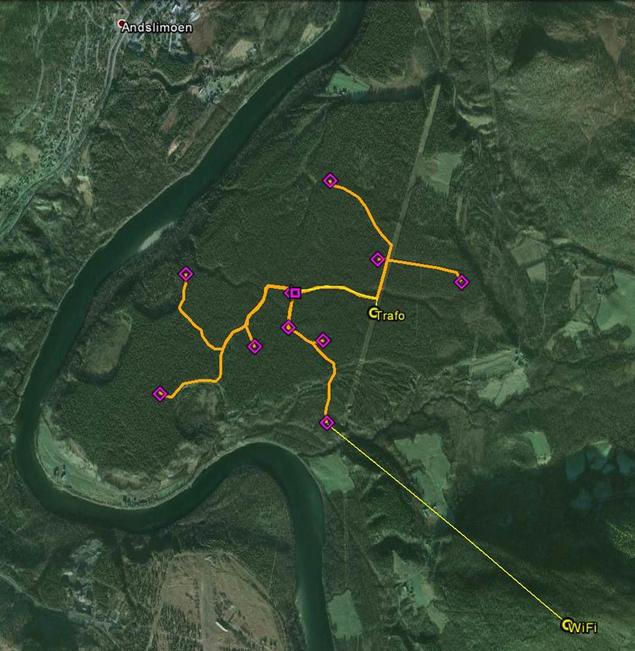 The map shows the ten instrument sites H0 – H9 of the infrasound station IS37 at Bardufoss in northern Norway and the cable trenches connecting each site with the Central Recording Facility (CRF). The station is located in a flat, forested area (pine trees) surrounded by the river Målselva. The extent of the station is approximately 2 km East to West. 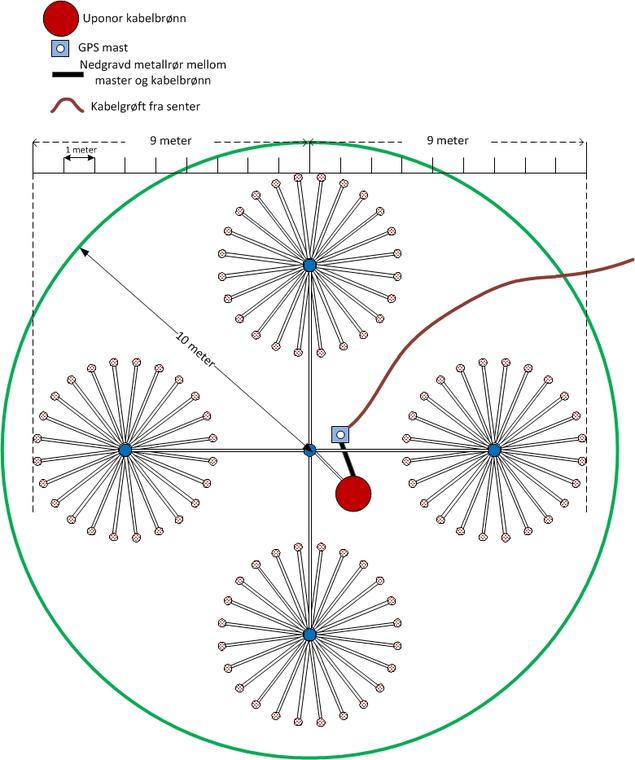 Schematic of IS37 wind noise reduction system of steel pipes with 96 inlet ports. 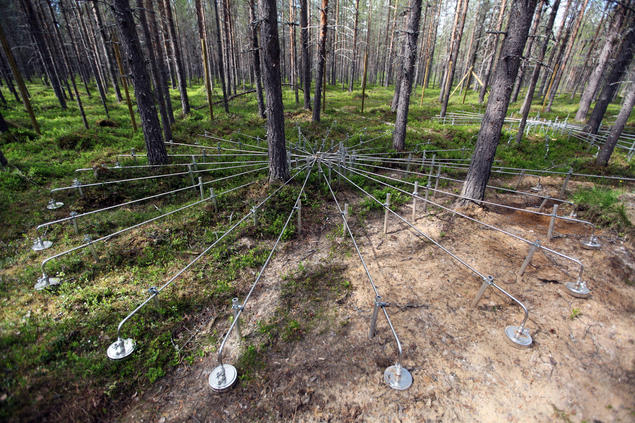